Even to this day, I don’t understand what happened. And I have never again had an experience where the words threatened to explode out of my head if I didn’t write them down.
It should be clear by now that I had little or no conscious input into this story, which leaves the vital question: where did it come from?
On many occasions during the 26 years he spent writing and drawing Cerebus, Dave Sim would talk about That From Which It Comes. Sim had long since ceased to believe that he was creating Cerebus, but rather that he was a vehicle for something, some indefinable thing outside of himself, that required the story to be told and which was using Sim as the vehicle, or conduit.
Sim spoke of discussing this with other writers and artists and, in coded terms, receiving confirmation from them that their work was being similarly compelled.
I have very great difficulty in believing that anything like that happened to me. I’ve never thought of Even in Peoria as anything more than a light, entertaining, comic-dramatic story, with no deeper significance, which makes it impossible to imagine some out-of-body entity wanting it to appear. But that still leaves me without an explanation for what was the most pleasurable – indeed effortless – writing I’ve ever done.
I’ve known for many years that I have a good subconscious sense of structure. Several times, I’ve composed things on a random basis only to find that, when it came time to make whatever changes were needed to make them into a coherent whole, they already were.
And since Even in Peoria, I have ceased to rely on advance plotting or pre-defined endings, and learned to trust in my ability to bring a story to a fitting conclusion simply by writing it. This isn’t boasting: I am convinced that much of the heavy work involved in writing is being conducted at the subconscious level, with Peoria as an extreme example, and it extraordinarily difficult to take credit for something you have no control over.
For many years now, as new ideas cross my mind, I’ve tended to start with some intense thinking about whatever idea has sparked my interest, before committing it to my subconscious to develop. Sometimes that takes a long time. I’ll give you an example in a later one of these essays.
Whatever else it taught me, Even in Peoria completely overthrew my established working practices. I’ve already said that I no longer plot in advance or need to know the ending: it’s enough to have the initial concept and a principal character, with a couple of ideas of things that will (probably) happen. From that, I can let the characters start to define themselves, and to move the story forward, towards ends generate by their wants and needs.
They live their story as I live my life, not knowing what’s coming.
And I don’t write out longhand drafts of the story any more: in fact, I try my damnedest not to write anything down on paper because it’s so wearisome copying it up into the laptop (even if I do end up revising the same drastically on the few occasions that still applies). I do still let the story proceed from beginning to end, before starting to study it in more detail. The last two times I did this, the story grew in scope and diameter in the Second Draft.
Next time, I’ll tell you something about the process of discovering what you want to write about, and some methods of developing that initial spark into something with a shape. 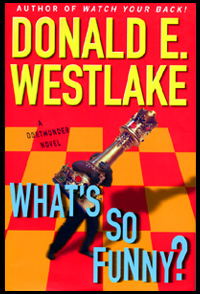 I don’t know if this is happening on any other Blogs, but over the last four weeks I have had a half dozen new Followers register with this blog. All very gratifying: the more Followers the better, as any blogposter would agree.

The unusual thing is that all but one of this half dozen are female and, when I click on their profile to find out more about this new devotee to my thoughts and meanderings, it turns out that that profile has been deleted. Within a matter of hours of the afore-mentioned user choosing to Follow me.

It’s all rather confusing really, as the late and seriously great Spike Milligan would put it.

Naturally, being a cynic by name and experience, I cannot help but be suspicious of this activity. Somebody appears to want to piss me about: why they should do so and what they think it’s going to do to me are mysteries, albeit of the kind that I can’t really be bothered wanting to solve. As for what they get out of it, I’m at a loss to understand. I mean, surely no-one’s this shallow that they can think they’re scoring in any way with something this pathetic.

So, whoever it is, I’ve spotted what you’re doing, so save your energy and don’t bother in future. Meantime, those few of you who are genuinely interested in what I do and are supportive – many thanks to Jim, and hey there Wendy – it’s great to have you along for the ride and I hope I never disappoint. Tell your friends!

I had a meet-up the other week with an internet friend. Despite my being old enough to be her grandfather, we never find ourselves short of things to talk about.
Like me at her age, she wants to write. She’s already better at writing than I was at that age: there’s no way I could have gotten anything accepted by the Manchester Evening News, let along The Guardian, but she’s cracked that market, if not as often as she’d like.
At the moment, she’s written articles, comments and blog pieces, but as yet no fiction, and she was asking me about that,about where I get my ideas from, and how I develop them. So I described a few experiences, plus a cool story, and she asked if I’d ever written about these, and suggested they might be helpful.
Now I’m a long way from being convinced that my ideas on how to write fiction are helpful, but on the other hand I’m fascinated by the way fiction works, and what happens when you write, and, I admit, how little of it seems to be under my conscious control. So, at Emily’s suggestion, I’m going to start writing about some of the things that have happened in writing.
Who knows? Maybe somebody will find this interesting?

The two most important things about writing are both commonplaces.
Firstly, whilst there are tricks and techniques that can be set out and taught, every piece of advice from a writer ultimately amounts to ‘this is how I do it’. Writers write in their own way. What works for Martin Amis may be the exact opposite of how Iain Sinclair writes (I stress that I know neither of these writers nor how they approach writing). One of the essential elements of learning how to write is learning how you write.
I started off believing that I could not complete any work without knowing how it ended, and plotting my way carefully and comprehensively, all the way between. How I write now couldn’t be further from that approach.
Secondly, you do, you really do, have thousands upon thousands upon thousands of words of bad writing to get out of your system before you will be able to produce something worth reading, even to yourself.
You must write, and write. And read. And write and write and read and read. Read for pleasure, read for instruction, read to understand how books work and how they don’t, read to take in, in whatever fashion best suits you, the way people write. And write and write. Be patient: a time will come when you start to feel as if you know what you are doing, and that’s a powerful feeing indeed.
By then, you should have begun to find your own voice, your way of saying whatever you have to say, what works for you, and how it works.
And keep writing until it feels strange, and empty, and a waste of your life that you are not writing today.

You must also come to a decision as to who is more important when you write.
Why do you want to write?
For money, obviously. Who doesn’t want to have the monetary success that attaches itself to the work of Terry Pratchett or Joanne Rowling? To have the knowledge of so many readers with their demand for what you have written, that towering sense of millions hanging on to your thoughts?
Or at least enough to give up the day job.
But who are you writing for? For your reader, or for yourself?
Much as I’d like to be commercial, to sell more books, to at least derive a secondary income from them, I know that the writing is the most important thing to me. The urge to fit words together in a way they have never been placed before. The ideas, the situations, the characters who form in my head, and the need to make them exist outside of my mind. The stories I want to have exist that no-one else is writing, and therefore I have to write them to find out what happens.
I write because it is indeed empty, strange and wanting of purpose not to.
Or is it the reader’s requirements that you focus upon? Does your writing exist only to serve their needs, and are you then prepared to write only what they expect, or desire, or demand?
I can’t. Mind you, I’ve never had to. The very last thing under the sun that I am is a salesman, and I  have no interests in the kind of social media that might enable me to promote myself and gain readers: only this blog.
I write for myself, and to satisfy me, and my need to bring my fictions to the point where they can exist separate from me. I am my own first audience.
You may choose not to be.

Which is enough for one session. Please comment if anything strikes you, please tell me about your experiences with trying to create something. I don’t want to be lecturing, I want to be learning.