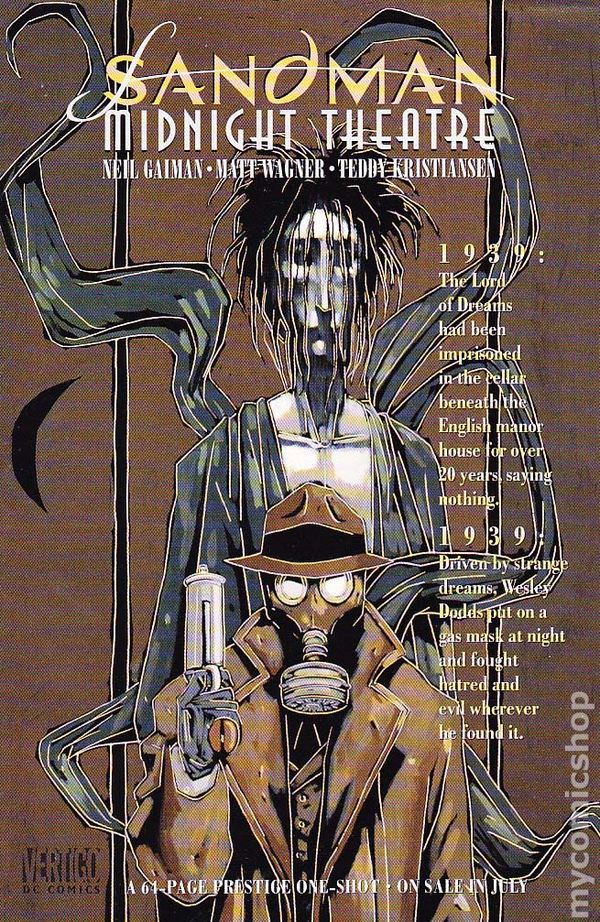 *Edited to add: This statement is incorrect. Sandman Midnight Theatre was reprinted in the Graphic Novel compilation Neil Gaiman’s Midnight Days, published in 2000. The GN is out of print, but is considerably easier to find on eBay/Amazon than the Prestige Format Original.