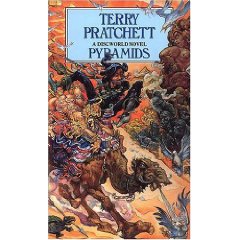 Incidentally, whilst honeymooning on Madeira in 2000, we saw a Portuguese language copy of this book on sale in the hotel shop. I was seriously tempted to buy it as a kind of primer on learning Portuguese. Silly idea, as I’ve never since been anywhere they speak the language. Obrigado.