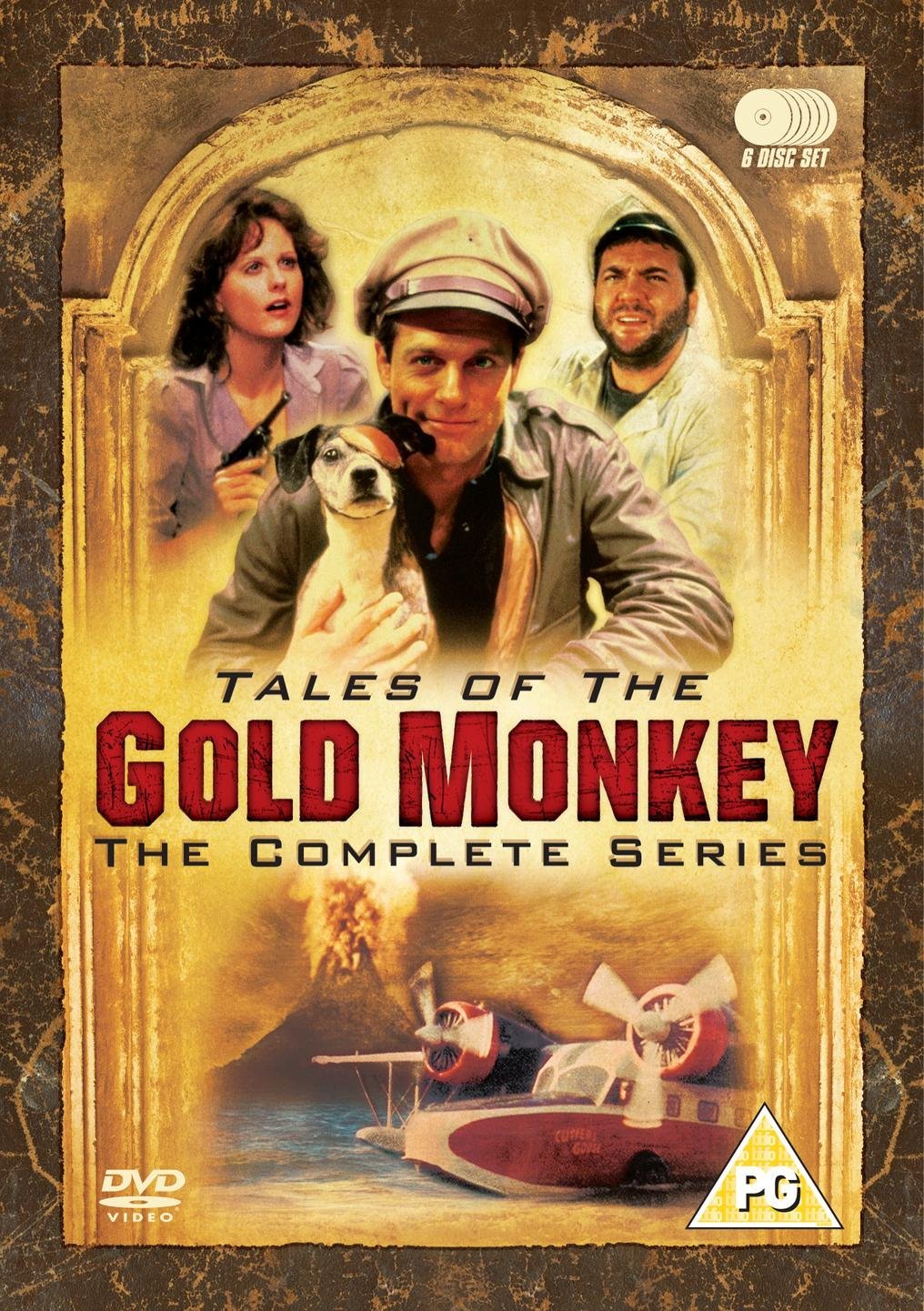 I remember Tales of the Gold Monkey more for its set-up and atmosphere rather than its specific stories, but ‘Honor thy Brother’ is one of only a couple of exceptions (the one in which Bonne Chance Louie is put on trial for something I don’t recall is the other).

I recognised it immediately from the open, and its foreshadowing scenes, and confirmed my recollection from the opening scene, another flashback to Jake’s (bogus) time in the Flying Tigers. This was a dogfight scene: Jake, cigar firmly clenched in teeth, was stooging around on patrol when he was ambushed by two ‘Zekes’, Japanese Zeros (another deliberate error: these were never used against the AVG). The planes are piloted by two brothers, the younger on his first mission. Jake shoots both planes down though, unknowingly, the elder brother survives, and, by rite of hontu nagiri (sp?) determines to kill Jake in revenge.

Back at the base, everyone’s playing it cool around Jake, until Gandy Dancer (a welcome if brief return for  William Lucking) starts a celebration that mainly consists of pouring beer over Jake’s head. His two Zekes take him to five ‘kills’ and he joins Gandy as an ‘Ace’.

Cut to a year later, in the Maravellas, and Jake’s seeing a Japanese bomber that the Tigers nick-name a ‘Betty’ for the third time, only he’s the only one who sees it and no-one believes him, not even Jack. This leads us into an oddly disjointed story that doesn’t feel as if it hangs together, and yet was still perfectly enjoyable.

A bunch of German sailors are getting drunk in the bar and planning to put to shame Mapuhe’s exceedingly pretty daughter (not that she seems to be objecting). Mapuhe, a Polynesian patriarch and an obvious wheeler-dealer, explains to Corky that he needs 100 francs to mend his net: no net, no fish, no food. A horribly embarrassed Corky lends him the money to spare the poor child the ordeal (yeah, right), incurring the ire of the boorish, square-headed Kraut. There’s just one complication: the sailor has got Jack’s eye.

Jake’s entirely reasonable attempts to peacably negotiate for the purchase of the eye lead to the inevitable: a massive brawl that demolishes the bar, and for which Louie blames him, even though Jake didn’t start it. Sarah’s prepared to believe he was responsible, even as she applies the iodine, and to get very stroppy until she hears about the ‘Betty’ – until Jake explains he’s talking about bombers, whereupon the spy in Sarah rises to the fore.

Meanwhile, Jake has stolen back his eye which Jake refuses to fit until it’s been sterilised, putting the dog into an even bigger huff than usual.

Meanwhile, someone’s setting traps to kill Jake – a cobra in his bedroom, a crossbow in the woods – except that they’re gimmicked to fail whilst demonstrating how easily they could have succeeded.

Meanwhile, again (you can see what I mean about disjointed), Corky has discovered that his 100 francs loan to Mapuhe has been accepted in payment for Mapuhe’s daughter’s hand (and all the rest of her) in marriage. Only it’s not the pretty one, it’s the eldest daughter, and wouldn’t you know it? She’s the fat one, who’s constantly eating, constantly giggling and constantly wailing every second that Corky expresses less than perfect enthusiasm for giving her lots and lots of babies (mind you, she’s got child-bearing hips).

Last week, I discussed the show’s flaws, and this is another one. It’s a demeaning cultural stereotype, both of the Polynesian primitives and the the fat girl no-one in their right mind would want to marry, let alone, you know, well, yeuch. There’s no justifying it, even if it is characteristic of the Saturday Morning Cinema experience.

So Jake, whilst being pursued to his death, has to get Corky out of a hole again (you know, you have a filthy mind at times). By a curious coincidence, Mapuhe’s island of Keneroo happens to be practically next door to the Japanese island of Torihado, where there’s a secret airbase of fighter planes, everybody knows that. Sarah’s along for the ride, having reported everything to Washington (except Jake’s name…).

And then everything comes awkwardly together as Mapuhe happily accepts Tafara back, except there’s a guy in a Japanese pilot’s uniform waiting, with a white headband decorated with the Rising Sun on his forehead, and guys with machetes up around Corky and Sarah’s necks, because Kenji, who has been pursuing honju nagiri, has arranged all this, including Corky’s ‘marriage’ to draw Jake to the island (see how it all fits together now?). They must duel to the death.

Jake has choice of weapons. Thinking he’s clever, he selects fighter planes. Kenji however is clever. He knew what Jake would choose and has already familiarised himself with how to slip past the Torihado security and steal two Zekes…

Despite the overall silliness, and the unconvincing way this has been built up, it’s all been good fun so far, but I remember the dogfight being perfunctory and Jake winning far too quickly and far too easily, and so it was. Kenji crash dives into the ocean, Jake bales out with parachute but no lifejacket. Of course, a rescue could be made, if only Mapuhe had something of value to make it worth the risk. And who’s eye is an emerald…?

So we’re back to square one (no notion of exactly how Jake and co managed to get away from there without any consequences for stealing and destroying two Imperial Japanese Airforce fighter planes with nobody suffering any loss of face). Jack has got his patch back on, Mapuhe’s rowed off, Washington is very pleased with their Agent Sarah Stickney White and still ignorant of the name of Jake Cutter. And they’d still like pictures…

It’s an interesting example of how a show made up of pieces that don’t fit alongside each other, and in one case are extremely insulting, can nevertheless be enjoyable, though the brevity of the ending after all that build up is disappointing. Nostalgia to some extent, and the show’s unselfconscious commitment to delivering a fun experience disarms a lot of the valid criticism, but I would like something a bit stronger next week.

2 thoughts on “Tales of the Gold Monkey: e08 – Honor thy Brother”