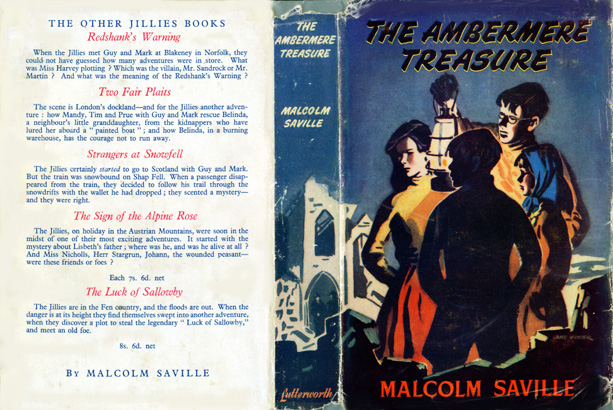 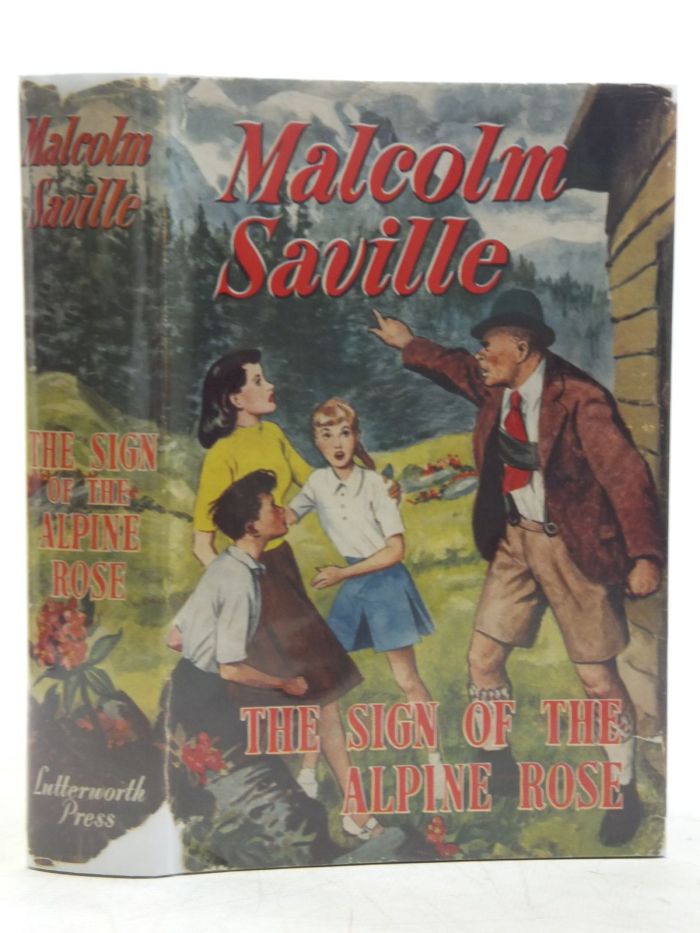 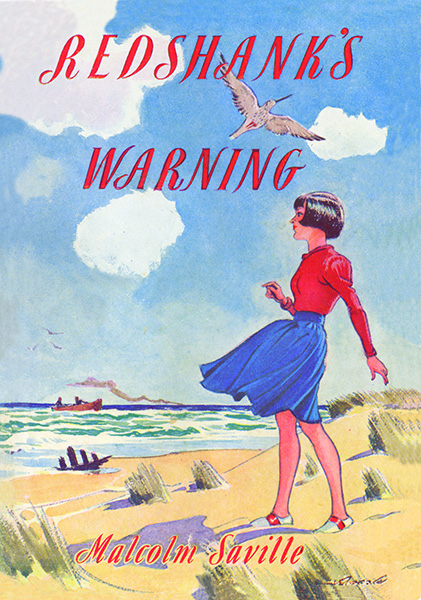 To my great delight, the inestimable Girls Gone By Publishers have begun reprinting another of Malcolm Saville’s children’s adventure series, The Jillies (1948 – 1954). The first book in the series, Redshank’s Warning,  arrived in October this year, in perfect time for my birthday, and was a wonderful exercise in nostalgia.

Though the Lone Piners are who and what Malcolm Saville will always be remembered for, he wrote no less than eight series in a career of sixty-three novels (and only two standalones!). Before my recent investigation of the Buckinghams series, I had only read one other of Saville’s series, and that was the Jillies.

Amanda, Prudence and Timothy Jillions, and their loyal friends Guy and Mark Standing first appeared in 1948, when Savile had already published at least four Lone Pine books and two Michael and Mary books (about which I know nothing). Their’s was a compact career, with all six books published in six years, during which Saville also published three more Lone Pine and two more Michael and Mary, plus introduced The Buckinghams (two books) and Nettleford (two books) series, for a total of fifteen books in a seven year period: this from a ‘part-time’ writer with a job in publishing.

I’ve been trying to remember if there was any particular reason why I only read The Jillies after the Lone Pine Club and I can’t think why. Redshank’s Warning was the third of Saville’s books to be made available in Armada paperback, which the first two also being Jillies’ books. The Marston Baines series began in 1963, but these were aimed at an older audience and something about them put me off. I don’t remember any of the other series, though plenty of them did appear from Armada.

So, after all this preamble, what of the book and its characters? As adventures go, Redshank’s Warning is a little simplistic compared to a Lone Pine adventure, but there is a different atmosphere from the off. We are introduced to the Jillions, whose friends call them Jilly’s, in their untidy, higgledy-piggledy first floor Chelsea flat, overlooking the Thames, midway through the Easter holidays. Their father is a commercial artist by day and a free-spirited artist all the time. He is unconventional, a little impractical, and in material terms maybe not the best father there could be, but in terms of his emotional relationship with his three children, his acceptance of them as adult already, and his encouragement of their individuality, he is far superior to many.

The Jillies’ mother has died three years before, putting a lot of responsibility on the shoulders of eldest daughter Mandy, nearly sixteen. Mandy, slim, attractive, bright and practical, wearing her straight black hair in a pageboy bob, runs the household whilst managing to perform well at school. Mandy’s strong-willed, independent and imaginative, the glue of the family, Right now, she’s nursed her younger sister Prue – a serious but exciteable, frequently dramatic thirteen year old girl who most resembles their mother, who silently envies Mandy’s slimness, and who responds most deeply to beauty and animals – through a bad case of measles of which she is now cured, as well as thoroughly bored after three weeks being cut-off from everything. Mandy’s also keeping a sharp eye on Tim,  a smaller, less tidy version of her in looks, an eleven year old, permanently hungry boarding school boy with his own ideas of fun.

Mandy persuades the Doctor to persuade JD (short for Jilly Darling, their name for their father) to take the family away for a week’s holiday. Prue, enthused about bird-watching, selects Blakeney on the north Norfolk coast. En route, they arrive at the same pub as the Standings, a more conventional family, more middle-class, more prosperous. They have two sons, Guy, tall, fair, thin, bespectacled, clever, and thirteen year old Mark, lively, outgoing, fun. Guy’s like a less crass Jon Warrender, though he does start off with a snide remark about the Jillies’ disreputable old banger. However, he’s quick to apologise and, when Blakeney turns out to be the Standings’ estination, and a familiar haunt, the two sets form a group with consummate ease. Oh yes, Guy and Mandy are going to have a future…

As I said, the adventure is very simple, and the conspirators typically unpleasant. Mr Sandrock, insistent on his privacy, has taken all the rooms in the boarding house the Jilies hoped to stay in and looks down his nose at them. Miss Harvey, the supposed photo journalist living in a hut out on Blakeney Point, is even more insistent on a privacy to which she has no enforceable entitlement, but she’s a bird expert who can’t tell the difference between an oyster catcher and a redshank, and she’s the kind of woman  prepared to keep a badly-injured dog tied up without food or water. The kids are quick to spot that this pair are only pretending not to know one another, and though Sandrock temporarily cons Mandy into believing he is a Detective, when it’s really the much more prepossessing Charles Martin who is, the kids play plausible parts in putting together the clues that enable this pair to be arrested for smuggling stolen paintings out of the country.

But the cops-and-crooks aspect is not the reason why this book works. No, that’s the Jillies. Guy and Mark, for all they try to keep up, and for all they act as the standard characters (Guy is also another variation on David Morton, save that with Mandy around he will never be the ‘captain’), it’s the Jillies we’re here for. In their widely contrasting, but easily dovetailing ways, Mandy, Prue and Tim and their abundance of Life make us just enjoy being with them. What they do is nearly irrelevant, they are just fun to be with. I recognised the life bursting out of them and would have welcomed a book twice the length.

And neither then nor now does the book feel dated. I never suspected, in the Sixties, that I was reading a series that had been completed befoere I was even born.

I don’t know how frequently GGB plan to put out the remainder of the series, one of which I never read, but one a month  – ridiculous optimism! – would suit me fine. Here’s to seeing Two Fair Plaits.