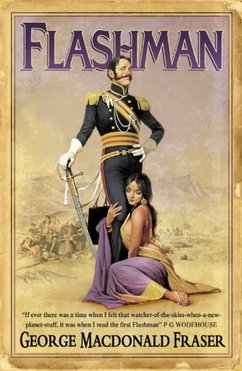 Instead, all we get is Flashy coming in with,and just ahead of the new Commander of that Army, General Elphinstone, who would command that army into ruin, devastation and destruction, through the incredible incompetence of an elderly, unwell, unfit and indecisive man who has to be one of the worst Army Commanders of the century.
Certainly, Fraser is scathing, indeed savage, about Elphy Bey, and not just him but the Politicals, ‘Sekunder’ Burnes and Macnaghten, with their stupid self-confidence and their wilful blindness to the facts. But whereas Flashy is contemptuous of Elphinstone for placing him, personally, in such danger, Fraser, the ex-soldier, the ex-officer, responsible for the men of his company, is furious at the leadership that condemned an Army to death, that wasted the lives of men who were just like those he had served alongside and commanded, in Burma, North Africa and Palestine.
I’m not going to detail those events: even the least military of minds will be shocked at the slow, purblind step towards devastation, so easily foreseeable, with opportunities to act on all sides, yet which inexorably ended up in massacre.
No, these books are Flashman’s story, and it’s more pertinent to focus on his part in this war, and how he  gets his completely undeserved rewards.
Right from the start, Fraser establishes that Flashy is going to be everywhere that something happens. At first, this is done via his missions as an aide de camp, delivering messages etc., but then this bleeds over into the flashpoints.
Flashy escapes with Sekundar Barnes when his Residency is attacked by mobs, and is witness to the Resident overplaying his hand in native dress, and his arrogance bringing down the mob and their knives.
He’s captured by his enemy Gul Shah, but passes into the custody of the man behind the Afghan rising, Abdul Khan who uses him as a messenger to Macnaghten, to test his capacity for treachery. Needless to say, the Governor chooses to go with his desperate desire that his enemies be more stupid than him, and Flashy gets to be present when he too is hacked to death.
He’s there for the negotiations that lead to the British Army throwing away every last advantage it has, due to Elphinstone’s weakness, haplessness and an approach to choices against whom Hamlet would be the poster boy for the decisive.
Recognising a ship that’s sinking, Flashman utilises his competent subordinate, Sergeant Hudson, to set up a way out for him personally. Hudson’s the first, but not the last good soldier Flashman comes across, a natural soldier, a sergeant to his boots, competent, straightforward, brave and committed to his duty. Flashman sneers at him, but Fraser makes us see that beneath the contempt Flashy has for one who has fallen for all the old ideals, Hudson is the kind of man upon which Armies are made: without his competence, Flashman, young and very naive, would never get a foot clear.
Fraser’s very good on the atmosphere of the terrible dying retreat. When it gets beyond a certain point, Flashman cuts and runs, telling Hudson they’re on special orders from Elphinstone. Their flight brings them at one point into sight of the last cutting down of the Army, but it also sees them captured and Flashy back in the vengeful hands of Gul Shah.
But still he gets clear, thanks again to Hudson. But their flight comes to an end at Jullulabad, where General Sale’s Army are besieged. No access to Jullulabad, but the pair reach Pipe’s Fort, a small isolated fort in a strategic position, being defended by a diminishing garrison against capture by the Afghans.
Flashy’s gone. He’s completely and utterly broken and doesn’t care if anyone sees his utter cowardice. It’ll be his lowest point, born of inexperience and the utter conviction of inevitable death, relieving him of the final shred of responsibility to his reputation. Hudson finally sees him as he is, setting aside the doubts he’s loyally been trying to maintain. As the siege rolls on, Flashy cowers, until Hudson forces him into aiding the defence, right up to the final attack. The fort is breached. Flashy grabs the flag, trying to hand it over, to surrender.
But in the grand Flashman tradition, this isn’t invaders, it’s a relief force, and of course they take his actions as Flashman the warrior preserving the flag to the last extreme. Hudson, the only possible survivor of the defence who might have been believed, is dead, and Flashy has everyone’s goodwill is interpreting the facts to his credit. Out of everyone else’s goodwill, or at least their urge not to think a soldier could be such a poltroon, they read the events as they want to read them: that Flashy got himself up off his death bed, not his coward’s pit, to give his failing strength to the cause.
This is the template that Fraser established from the outset. Flashy’s reputation would grow and grow from book to book. No matter how disastrous his performance, or especially everybody else’s, his powers of dissemblement, his quick thinking and eye for an opportunity would see him come out with credit, but as much if not more of this would be this case of give a dog a good name. People would flock to Flashman’s reputation, and shield their own eyes from the dodgy moments. It would only get easier. And for his exploits in this opening volume, Flashman gets two great rewards on his return to England, as practically the only ‘hero’ in the whole thing: an extremely rare medal pinned to his chest by the young Queen Victoria – and a handshake of thanks from the Prime Minister, the Duke of Wellington.
Of course, there would always be those who would see through Flashy for what he really was. Some of them were rogues themselves, and some had roguery in them. Over the course of the next eleven books, we’ll meet a hell of a lot of them.

This little section will follow each blog. It will focus on those moments in each book where Flashman’s reminiscences touch upon periods of his career not directly related in The Flashman Papers, and those moments when Flashman’s memory lets him down and contradicts his ‘official’ record.

This being the first novel, Fraser stays primarily in the present, with only a couple of moments where he escapes from the immediate story to reflect on times lying ahead.

p.34 In discussing his opinions of Lord Cardigan and his character, Flashman recalls the aftermath of the Charge of the Light Brigade, the solemn roll-call beneath the Causeway Heights as the names of the Brigade are read out and the extent of the dead are slowly discovered, with Cardigan denying any responsibility. This is however a failure of foresight on Fraser’s part: by the time we come to the Crimea, in Flashman at the Charge, Flashy is captured by the Russians at the end of the Charge of the Light Brigade, and cannot be present at this moment. We would have known of it, indeed discussed it with others who were present, but he was not himself the witness he implies himself to be.

p.220. The only other instance in Flashman comes when he and Sergeant Hudson are in Gul Sha’s jail, and Flashman compares it, in passing, to other jails he’s known in his life: Mexico, Australia, America, Russia and England. It’s easy to place these as references to his experiences during Emperor Maximilian’s reign in Mexico, the American Civil War (where Flashy was imprisoned by both sides), the Australian Gold Rush, his capture after the Charge of the Light Brigade and any number of jailings at home for drunkenness etc. when young and irresponsible. Only the Crimean War experiences will be detailed.