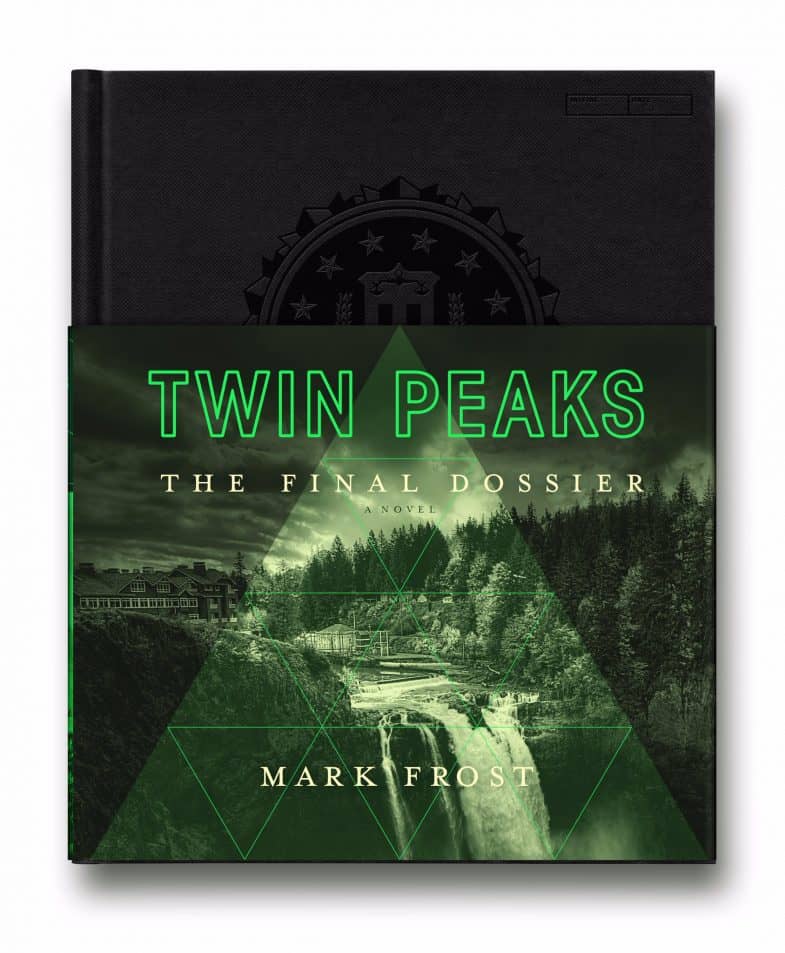 If for nothing else much good, I’m going to remember 2017 as the year that Twin Peaks came back, against all my expectations, against all my life experiences. It came back, it didn’t so much exceed my hopes and expectations as completely bypass them, unconcerned for fidelity or the notion that you might even consider going back twenty-six years to what and where we were when we were other people. It provided me with a television episode, in episode 8, that more thoroughly exploded the notion of what an episode of TV could be than anything I have ever seen since the final episode of The Prisoner. For seventeen weeks in the middle of the year, it provided me with a reason for enthusiasm and a source of utter frustration: at work, I was the only person watching Twin Peaks: The Return and the only person not watching Game of Thrones: not having anyone I could talk to about this, share interpretations and predictions was horrendous.

Today’s my birthday (no applause please, just throw money) and the start of ten days off work. I have been stockpiling ‘gifts’ for myself this last three to four weeks as I am now the only person left to ‘celebrate’ that I have survive to start a sixty-third year. Most of these ‘presents’ are books: unsurprisingly, the first choice was Mark Frost’s Twin Peaks: The Final Dossier.

Frost, the co-creator of the series, produced a similar, thicker book last year, Twin Peaks: The Secret History, which was a Xmas ‘gift’. That was presented in the form of an FBI investigation into a curious dossier that delved into the town’s history as far back as its (possible) discovery during the famous Lewis and Clark expedition in the very early Nineteenth Century. The Dossier was, at the end, determined to have been compiled by Major Briggs, and the investigating Agent was Tamara ‘Tammy’ Preston, who would be played by Chrysta Bell in The Return.

Though it’s presented as a history, and it weaves in as much real-life history as possible, including the still-debatable issue of Lewis’s death, building towards a more detailed town history in the Twentieth Century, until it absorbs the Laura Palmer murder that, wisely, Frost did not elaborate upon.

One to lead into, now one to fill in the gaps. Both books are formed as dossiers, but both state (in small letters) on their partial dust-jackets, that these are novels. The Final Dossier eschews the detail-heavy original documentation and marginalia in favour of a series of mini-dossiers, each relating to a single person, or occasionally a family, presented as summaries by Tammy Preston, left behind to try to make sense of what has happened in The Return.

Though the closing pages of the book make reference to the events of the third series, and even attempt to lend a degree of real-world clarification to the final pair of episodes, the bulk of the book is aimed at doing for the fan what the series decidedly refused to do. Instead of The Final Dossier, this could have been subtitled The Missing Twenty-Five Years or What Happened between Season 2 and Season 3.

The Final Dossier makes concrete what we had to guess at on the screen. Season 3 came in at Day 1 and left us to try to work out how each returning character – who were, after all, in the minority – had got from there to here, and which, except in one specific instance, gave us nothing as to the fates of those who did not feature all those years on. If that were all it did – Annie’s story is especially heart-breaking – it would be invaluable, but it also confirms that many of the conclusions drawn during the series’ run were pretty much on the mark.

Frost doesn’t tie-up every loose end, not even by implication, but he provides a sound, concrete footing. Should this have come out before the series? Would we have enjoyed, or understood, season 3 better for knowing this? My answers are Hell, no! and Understood yes, but being dunked underwater with no idea which direction was the best way to deal with Twin Peaks.

Is this the end? I’ve reacquired Jennifer Lynch’s The Secret Diary of Laura Palmer in its original edition but, unless it too is republished, Dale Cooper; My Life, My Tapes is going to be beyond my means for any foreseeable future. Lynch has admitted that there may, possibly, be a fourth season but, if that is so, it’s at least four years off, four years that I have to consider may be beyond me. It’s already beyond a number of the actors who appeared in season 3.

No, I suspect that the current Twin Peaks buzz, invigorating as it’s been, will not o much further. The DVD of the series is due out in December and is already pre-ordered for a Xmas ‘present’ but after that, I don’t foresee much or anything else that’s going to be new. This is, after all, The Final Dossier so, unless that’s Final in the tradition of Frank Sinatra’s Final Tours, nothing else is left to be said unless Lynch and Frost uncharacteristically decide to derail everything Twin Peaks has ever been about and authorise The Concrete Explanation of Every Mystery, this is the final, but still very welcome terminus.

But every single word of this is an unimaginable bonus that, twenty-five years ago, I would have committed grievous bodily harm to have had.

Each week that goes by brings us nearer to the long-unexpected season 3 of Twin Peaks, details of which I have been avoiding much as I would UKIP Party Political meetings, leper colonies and football matches featuring the Bitters. However, just before Xmas, co-creator Mark Frost published The Secret History of Twin Peaks, a handsome, substantial hardback book with green binding and one of those annoying, Americanised half-dustjackets.

I bought it on impulse for myself for Xmas, but only made the time to read it this week (I am still only about a fifth of the way through Alan Moore’s Jerusalem). It was not until I took it up that I noticed that the dust-jacket described it as a novel.

This put a different perspective on the book, which I’d previously assumed was going to be more of a behind-the-scenes thing about the original two series. Wrong, very wrong. It’s a massive, wide-ranging, highly-detailed work that’s clearly intended as a direct lead-in to season 3, without giving away any spoilers, as such, as to what we’re all going to find out.

The book takes the form of an FBI Investigation, ordered up by Gordon Cole (David Lynch’s character in Twin Peaks) by an agent unnamed until literally the book’s last words, into a collection of documents assembled by someone known only as The Archivist (who, for a long time, seems most likely to be Dale Cooper but is instead a different, and entirely logical member of the Twin Peaks cast).

Agent TP is conducting an assessment of the Archivist’s materials, attempting to verify the truth and accuracy of the various materials it assembles, beginning with the Lewis and Clark expedition’s time in the Pacific North West and incorporating a lot of supposedly real history. Straight away, let me state that I am no specialist on American history in this depth, but the book is put together in a way that leads me to think that a great many real historical mysteries have been interwoven with the fictional history of Twin Peaks, the town, and its main families.

What the book does, over its many pages, is to build a history based around the spine of an unexpected minor character in the original series, one who was actually killed off in the show. The ostensible underlying story is the intriguing issue of Unidentified flying Objects, and the varied responses to sightings made by the American Army and authorities.

This does seem bafflingly tangential to the main thrust of the series, which concerned itself with more ‘magical’ elements, forces of Evil out of Indian beliefs: UFOs, Roswell, and similar incidents are more of a scientific theme, no matter what your opinion as to their validity and/or credibility.

But Frost manoeuvres his account round to merge the two ideas into something rather larger, lying behind everything that is happening, has happened, and is still waiting to happen in Twin Peaks, Washington State, 2017.

What he also manages to do is to successfully freeze the story at where it was last left, in 1991. We are reminded that the wrong Cooper came back from the Black Lodge, and that some time later he left Twin Peaks, never to return, but no more than that. The bomb in the Bank in the last episode did kill Pete Martell (RIP Jack Nance) and Andrew Packard, but only injured – critically – Audrey Horne.

Hank Jennings is also dead, Catherine Martell moved away, but otherwise we only get histories that amplify, and in one case completely re-orient, the backgrounds of the people we watched a quarter century ago (and in that one case, the character is confirmed as being dead, physically, but you, me and I know that she was last seen trapped in the knob of a chest of drawers, so I have my hopes).

So if you’re a Twin Peaks fan, go out and buy this book. I have no doubt that you won’t need it in order to understand season 3, assuming season 3 is an Understandable Thing, about which I am taking no bets whatsoever, but I rather expect you’ll find it incredibly useful.

Now, do I have time to rewatch the DVD box set before May?